You’ve locked the Windows. But the door is still open.

When I recently wrote about technology red flags (playing golf with a shovel), I mentioned that an organisation buying its laptops from PC World is one such flag.

I have nothing against PC World. But the majority of laptops sold by such retailers are for home use.

And I do have a problem with an organisation relying on technology that is designed for home use.

A laptop is a laptop, isn’t it?

Laptops designed for home use look the same as ‘business’ laptops.

From the outside, the main difference is the price tag – They are usually cheaper than business laptops.

A cynic might say it’s because a consumer is more price-sensitive than a business. There could be an element of truth in that.

But there are other reasons, including the fact that home laptops usually have the cheapest version of Windows (“Windows Home Edition”) installed on them.

This has an important impact on the security of your data. 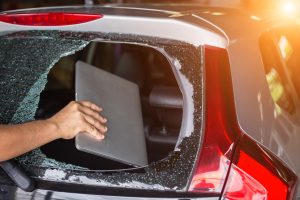 With a Windows password, if your device is lost or stolen, someone else can’t just open the laptop and use it.

But if you use Windows Home Edition, a Windows password may not be enough to prevent that person accessing the data on the laptop.

This is because the data is stored on a hard drive in the laptop. The drive can be removed and its contents accessed using another device.

It’s a blatant back door that Windows Home Edition may leave wide open.

The best way to lock this back door is to encrypt the hard drive.

If the hard drive is encrypted, its contents can’t be accessed by anyone unless they have the encryption password. The hard disk is just an expensive brick.

Microsoft provides a built-in disk encryption tool, called BitLocker, in all business editions of Windows. But BitLocker is not available in Windows Home Edition.

Windows Home Edition: Hard on the outside. Soft in the middle.

There are alternatives to BitLocker if you are using Windows Home Edition. For example:

So, yes, there are alternatives. But they take time. And seriously, doesn’t your organisation have better things to do with its time?

Two simple questions to ask about your organisation’s IT